Responding to the changing needs of people with a disability

Central Coast Living Options (CCLO) was established in 1996 and is a community based NFP organisation providing services for people with a disability on the Central Coast.

Our mission is to provide the highest quality care and support responding to the changing needs of people with a disability and our values are at the centre of everything we do.

For our clients, their families, and their support network – we aim to provide quality, sustainable and flexible services that uphold human rights and create opportunities, empowering our clients to live the life they choose.

Learn about our services

Our Supported Accommodation Homes provide a safe and supported residence, for individuals living with a disability. Our homes are located in the northern end of the Central Coast at Woongarrah Waters, Toukley, Gorokan and Budgewoi.

Whether it’s understanding your NDIS Plan, helping you to choose & connect with new Providers or putting your plan into action, our team of experienced Coordinators of Support (COS) are here to help you engage supports & services that work for you.

Providing support and care to help maintain independence and life skills, the CCLO Community Team are highly skilled & dedicated to the wellbeing of our clients, delivering great opportunities to live independently and happily within the community.

Would you be a good fit for our team?

CCLO is operated by a Board of Management with all seven Directors being on a volunteer basis. Management of the Organisation is under the control of the Chief Executive Officer.

Click on a name below to read their profile.

Since retiring from the corporate world, Judith has conducted her own business management consulting practice, specializing in the areas of strategic planning, business and financial strategies and human resources including recruitment. Judith holds numerous management and leadership certifications through the Australian Institute of Management and the Club Directors Institute NSW. She is also a Member of the Australian Institute of Company Directors.

She has more than 15 years board experience, having held positions of Chairman/President, Senior Vice President and Director with NFP organisations and in addition to CCLO, is President, Womens’ Golf, Everglades Country Club.

Her expertise specific to the CCLO Board of Management includes corporate and board governance, strategic planning and organisational, leadership, financial management and public relations skills.

She was appointed CCLO Treasurer in December 2012 and held that position until the AGM in November 2013.

In June 2014, Judith was elected Chairperson following a CCLO General Meeting which voted to remove the Directors on the Board at that time. She remains in that position currently.

Geoff was admitted as a Solicitor of the Supreme Court of New South Wales in 1979. He later commenced his own legal firm with Peter Moore at Gosford in 1981. Brazel Moore Lawyers has grown from humble beginnings as a two man legal practice with no support staff to now being a leading Central Coast legal firm with 26 members of staff.

Geoff and his wife have 3 adult children, the eldest of whom was born with cerebal palsy, which has given Geoff an interest in the disability services sector over the last 25 years, including:

Geoff is also currently a Director on the Board of Coastwide Child & Family Services.
When not involved with family, work and not for profit organisations, Geoff’s hobby is Brass Bands with which he has had an involvement for over 50 years.

Currently self employed as a Luxaflex franchisee at Belmont and Greenhills. Previously involved with Yeramba Estates, Terrace Tower Group developing Woodbury Park in Mardi and other residential holdings.

Member of Urban Development Institute of Australia, and Wyong Shire Council’s Affordable Housing Forum. Holds A Master of Business Administration, and licensed Real Estate Professional. Holds Project Management qualifications, was a finalist in Master Builder’s Association “Women in Building” award in 2011, and management, important contacts in Wyong Shire Council, and a desire to deliver better opportunities to the broader community, and ready to make a difference in helping CCLO expand their disabilities services to a wider market.

Director on CCLO Board of Management from September 2011 to Present.

Currently working for Suncorp in charge of its NSW Commercial Banking team, Kieran is an experienced State Manager with a demonstrated history of managing successful teams in the banking industry. Before joining Suncorp he ran the NSW/ACT team responsible for managing Bendigo & Adelaide Bank’s Not-For-Profit clients. In this role he learnt about the challenges faced by the social sector and working on delivering specialised finance solutions for the disability and community housing sectors.

He also worked on several new initiatives such as social housing bonds and Public Private Partnership transaction involving the NSW Government. Kieran is skilled in Equity Research, Portfolio Management, Financial Risk, Risk Management, and Credit Analysis. He is a strong sales professional completing an MBA and Master of Applied Finance focused in Banking, Corporate Finance, and Securities Law from the University of Newcastle.

Jane has a science background, with a PHD in Plant Physiology plus a Graduate Diploma of Education and experience in teaching high school science. Vast experience at Macquarie University in operation of committees. Currently volunteering with crèche/child care at St James Anglican Church in Wyong, and with the emergency relief centre at Wyong setup by St James Anglican church.

Expertise specific to the CCLO Committee of Management includes experience gained on Macquarie University committees for the development of EEO policies and their implementation, workplace OH&S, and finance.

Kayvan is currently Director of Wycom Technology. Established in 1989, Wycom is a leading IT service and support company helping businesses and organisations with their IT requirements on the Coast. Providing professional IT services, web development, managed print, the latest technology products, cloud, and communication services.

Kayvan formally worked for News International Newspapers in Wapping, London, with over 5000 staff, Kayvan assisted with the distribution of IT services and managed the IT services for the Directors and Editors at NI.

Kayvan emigrated with his family from England to Australia in 2009 and enjoys living on the Central Coast.

Peter has been working in the Accounting profession for 43 years in public practice , in general accounting, taxation, audit and financial planning.

He has a Bachelor of Business degree from the NSW Institute of Technology majoring in Accounting and sub majoring in Business Law.

Over his professional career he has been involved in assisting many small business clients with their accounting and taxation needs and has also specialised in providing compliance and financial planning services to a large number of self-managed superannuation clients with particular emphasis on providing retirement and wealth creation solutions for these
clients.

He brings his specialized accounting knowledge and professionalism to the Board of CCLO. 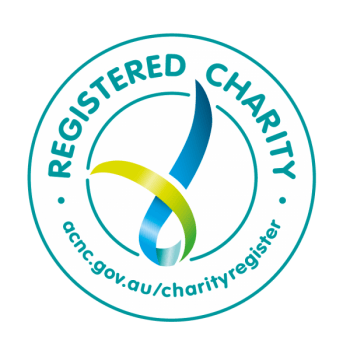